A unique exchange pilot aimed at upskilling apprentices across the continent has been launched between a major German machine manufacturer and an innovative UK engineering company.

John Guest and Arburg have teamed up for the initiative, and are trading final year apprentices for the period of four weeks. The pilot will see John Guest’s apprentices visit Arburg’s factory in Lossburg, Germany to learn more about how the plastic injection moulding machines they use every day are put together. In exchange, Arburg’s apprentices will visit John Guest in the UK to understand how the company utilises Arburg machines to manufacture its range of innovative push-fit fittings, used in industries including plumbing, air and pneumatics, drinks dispensing, automotive, and blown fibre. 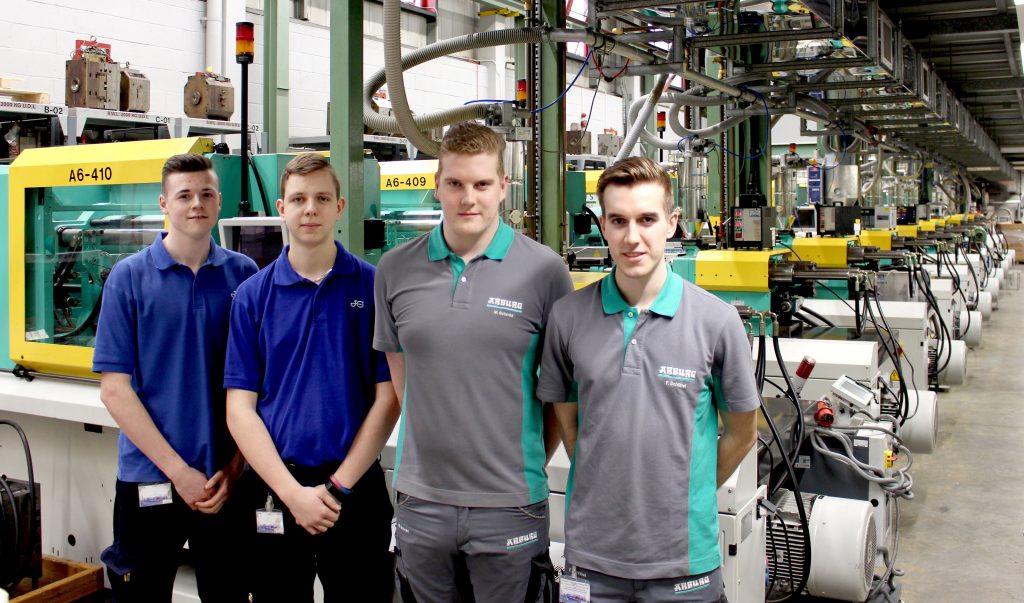 The relationship between John Guest and Arburg stretches back as far as 1982, with John Guest purchasing over 150 of Arburg’s plastic-injection moulding machines since that date. In fact, no manufacturer in the UK uses more Arburg machines than John Guest, which makes its own moulds unique to the design of its products.

Apprenticeships co-ordinator, Darryl Sheldon, at John Guest, expects the exchange to teach the apprentices a lot more than engineering skills alone. He explained: “As well as technical knowledge, we believe the greatest gains for the apprentices will come from less obvious areas. They will be working in a company and a country with different cultures, as part of different teams, which speak a different language. For many, this will be their first extended visit away from friends and family in a work environment so it will contribute a lot to their growth and professional development.”

It is hoped that this programme will be successful, and become the first of many schemes that the two companies operate across the continent, helping to trade skills throughout Europe.